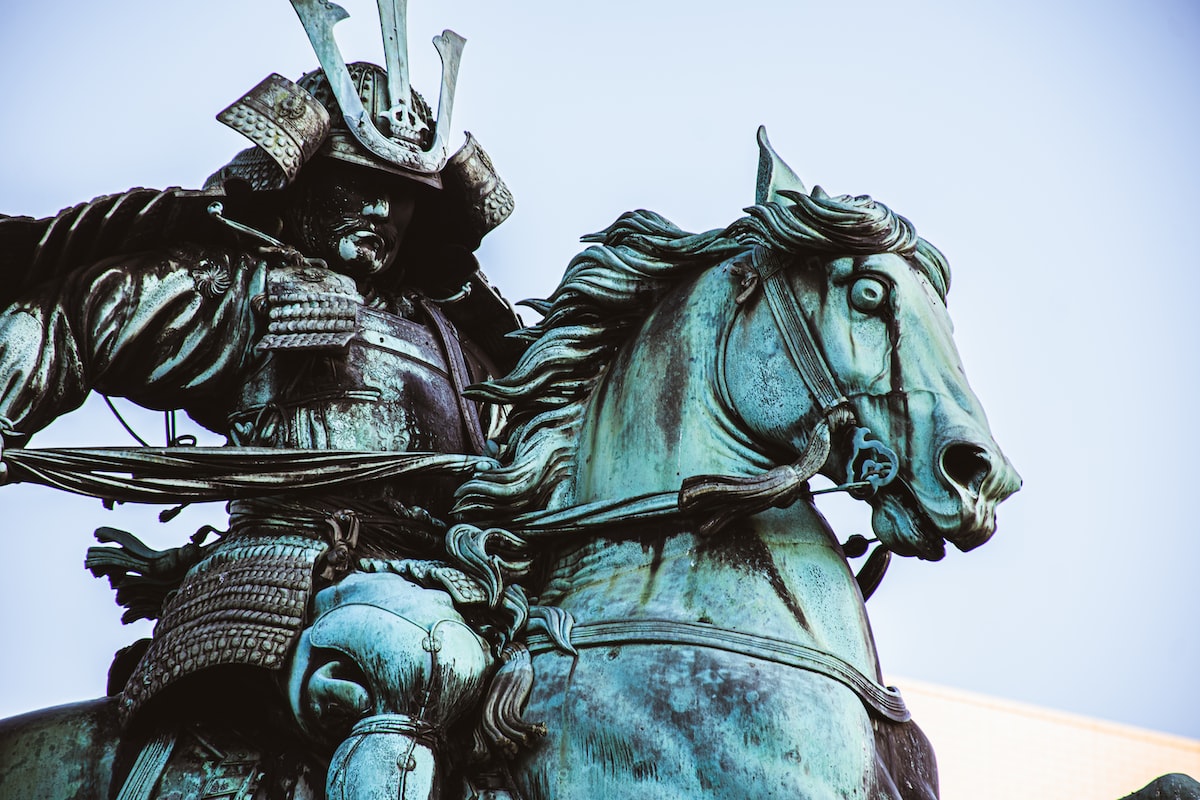 Sai-Ou No Uma - The Old Man and the Horse 塞翁之馬

Sai-Ou No Uma [ronounced “Sigh-oo know ooo-ma”] means “old man near a fort with a horse” — and recalls the lessons of an old story in Chinese and Japanese culture.

As the story goes, there was an old man who had a horse — the horse represented all his assets and was therefore very valuable to him. One day, the horse ran away, and all the villages commiserated with him; however, the wise old man simply said “it may not be all bad that the horse went away.” Then, the horse returned, bringing with him another horse, and thereby doubling the riches of the old man. The villages rejoiced for the old man, but he cautioned “Yes, this is good, but sometimes bad comes with good.”

Afterwards, the man’s only son tried to ride the new horse, and was thrown from it, breaking his leg. Once again the villages commiserated with him, but the Old Man was calm and reminded them that even in the midst of a turn of bad luck, there may be the seeds for good. Within a few weeks, a regional war swept up the village, and all the able-bodied young men were drafted into the army, and many were killed in the conflict. But, because he had a broken leg, the son of the old man was spared being drafted, and recuperated at home, safe from the wages of war.

The Idea Behind the Old Man's Horse

Of course, the story is perhaps simplistic — but the underlying idea is not.

The universe is a place of nuance. While the stark black and white ideas that underlie karatedō are indeed powerful, in the end the subtle flexibility and depth of the “gray” ideas are those that truly make our lives and spirit strong.

There is much that will happen to us over the course of our lives: very rarely is anything entirely “good” or “bad” and in fact, almost everything that might happen to us has the seeds of both within it. It is up to us to see those seeds for what they are: opportunities, in the case of good things, and warnings and lessons, in the case of the bad.

Truly we must appreciate all the good in our lives, but we must also seek out the deeper truths that might be warning of us the less desirable things to come.

And conversely, in the bad which surely we shall have in our lives, there is a path outwards that leads to the good — and that path many times brings us to a good much greater than the “bad” that we are leaving.

This parable is remarkably common in most of Asia, most especially in China and Japan. At times, this idea is called the "Horse of Seon" or the "Old Man of Seon", and at other times it is referred to as the story of Sai Weng.

Regardless of its name, however, this story is powerfully indicative of a fundamental truth in life: the quality of our luck – good or bad – is transitory. What we do with the outcome of our luck, however, is not, and determines our path through life.

Editor's Note: This lecture was first delivered by Sensei in San Rafael, California on 5 November 2014, and then again at the Honbu Dojo on 19 August 2022.