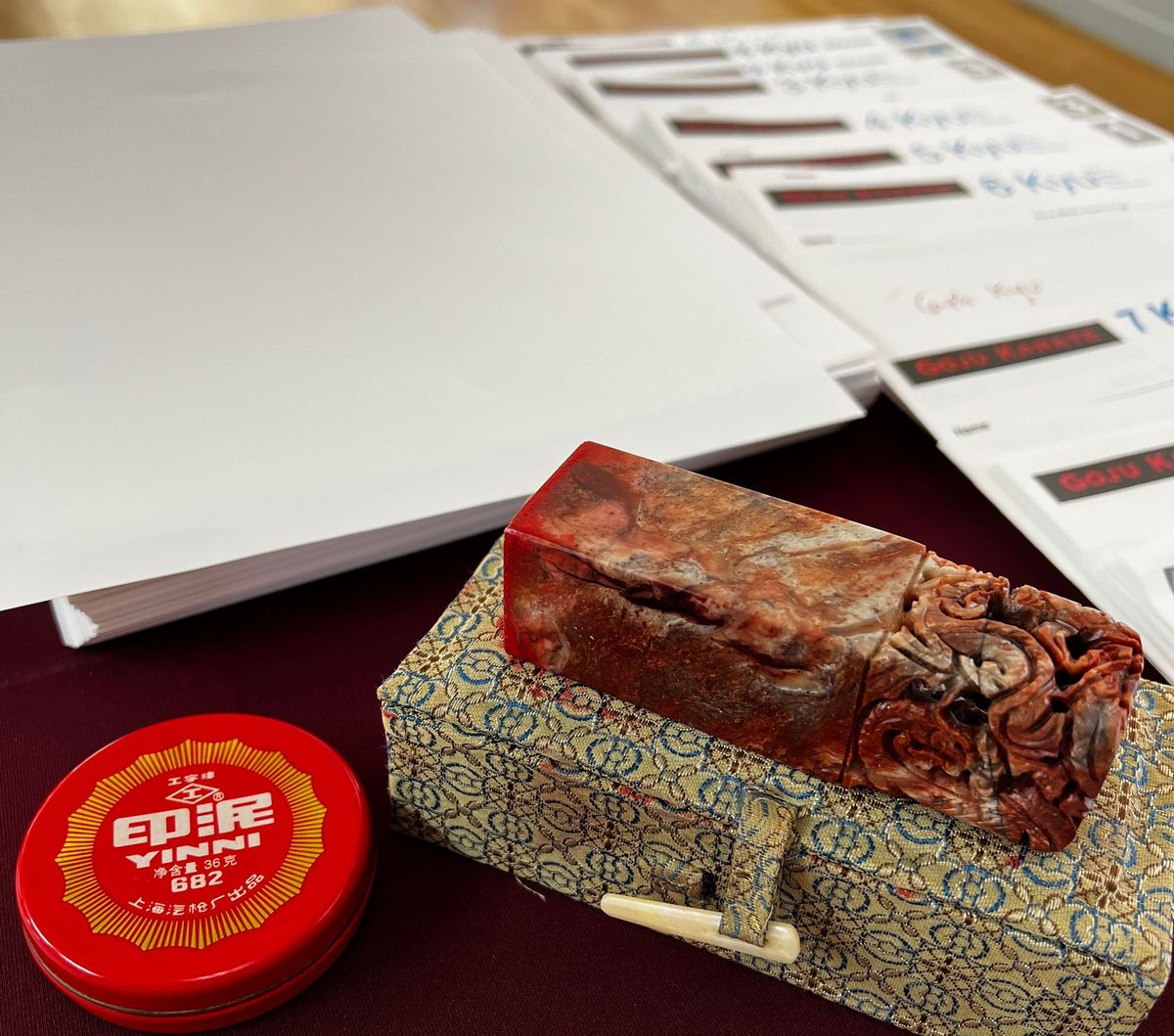 The next Rank Testing will be held on Saturday, December 17, 2022 at the New York City dojo. Both eligible kids (in all divisions – Juniors, Youth, and Teens) and eligible adults will have an opportunity to test for their next rank.

Note that because Rank Testing is an all-day event, the regular class schedule is suspended on Saturday, December 17, 2022. No classes will be held on that date.

As with most testing days, on December 17th, the dojo opens at 11AM. All students testing are reminded to be prompt and arrive at the dojo in ample time for the start of their testing.

Kids in the Junior and Youth divisions do not take a written examination, but rather proceed to the general examination directly at 11:30AM.

Typically, the Kids Rank Testing event lasts until about 1PM, although kids in the Junior and Youth divisions finish their rank testing earlier.

Adult rank testing for kyu-belt rank students begins at 1PM, with a written examination for all adults who are testing. It is followed by a general examination. The entire event, for adults in the 10th through 2nd Kyu ranks, lasts about two hours total.

This is an all-ranks testing event. That means that all kyu-level students (10th through 2nd) are eligible to test, pending an invitation to do so, of course.

Traditionally, the December testing is a significant one, as many senior student's training cycle makes the eligible to test.

We strongly encourage everyone to attend the Kids Rank Testing: all the kids testing appreciate your support deeply! Family and friends are encouraged to come as well, especially family members! Rank testing is an important occasion for all of us, but its especially meaningful for kids who’ve worked so hard.

As per tradition, Adult rank testing is a closed event: no spectators are permitted.

And as another bonus, the traditional Dojo Holiday Party will be happening simultaneous to testing.... treats, cookies, and snacks will be available for the entire day that the dojo is open. Stop by and mingle with fellow karateka and enjoy some holiday yumminess!

Want a printable PDF of the Class Schedule that includes the brand-new Tuesday lineup? It's available now, right here.
The shodo meditation lecture on Mokuteki — Goals 目的 is now available for both the general public and Goju Students.
Tuesday classes arrive on the NYC Dojo schedule! A full range of kids classes and Jishu for adults.